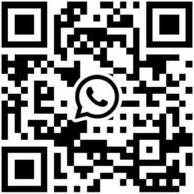 am a French-Lebanese doctor-entrepreneur, I am 34 years old, I was born in the north of Lebanon in a small village near Tripoli, in the heart of a modest family with very few means, I arrived in France after a Lebanese baccalaureate in 2004 at the age of 17, with no money, with only a suitcase and ambitions, I did not speak Frenchat all. I slept on my arrival for 3 months in the corridors of the Faculty of Medicine of Marseille in La Timone while waiting for a room at the CROUS.

I come from an underprivileged area, and during my childhood I was marked by the restricted access to healthcare and by the distinction between the rich who could treat themselves properly and the poor who found themselves in extremely complicated situations, but I believe that health should not have a price, so I made it my fight when I decided to leave everything to become a doctor.

Everything actually started when I was a child, my mother was pregnant with my little sister, she had a major haemorrhage at the end of her pregnancy, I remember that we went by carstop (in the absence of "firemen" or "SAMU" which do not exist in Lebanon) to the nearest hospital, it was a private clinic, we were simply refused entry because my father had to prove his ability to pay and reimburse for the treatment, it was not the case, we were then obliged to turn back, this image and this situation had shocked me, saddened me, and remained anchored in a corner of my head... That's really where I had this desire to go into medicine and where I told myself that I absolutely had to go elsewhere to understand!

So I've always wanted to change that, I'm determined to do it and this willingness accompanies me in all the projects I undertake. In fact, at the time I chose France because I had been told that it was the best healthcare system in the world, but I discovered afterwards during my medical practice in the field that in reality France is one of the best care system in the world and not health, that is to say that you are treated perfectly if you fall ill at any time, but the management upstream and downstream of the illness is very complex and yet this is where a large part of useless and avoidable expenses are concentrated.

My conviction is that access to care and health in countries must start with data sharing and better access to personalised medical information, health coverage, prevention, screening and appropriate therapeutic education.

Driven by this vision, I started medical school and became a urological surgeon after 15 years of study. Today I am perfectly trilingual (French, English, Arabic). I obtained my doctorate with the highest distinction "Mention Very Honorable with the Jury's Congratulations", thanks to a thesis on "e-Health and new digital technologies at the service of sharing and structuring medical data" (can be found here), where PassCare's technological model has been recognized by my peers and validated academically and scientifically.

As part of a Diploma in Big Data and Artificial Intelligence where I graduated as a Major in France, I also worked on a kidney cancer prediction algorithm at the CNRS. My work has been rewarded by the National Academy of Surgery on more than 30 research projects and has been recognized and presented in several international conferences and congresses. I was then admitted to the Executive MBA Entrepreneurship and Innovation at HEC Paris.

I succeeded in my bet and I was even able to help my parents to create and finance a clothing brand in Lebanon in order to bring them a business and provide for their needs.

My story was noticed in 2017 during an exceptional conference in front of 700 business leaders at the Luc Besson cinema which made my career take off, here is the link to view it:

I was then elected in 2019 Entrepreneur of the Year by more than 1000 CEOs where I spoke again about my career and the very positive evolution of my company.

My various videos and interventions are seen, taken up and relayed hundreds of thousands of times on social networks,some of my publications on Linkedin for example reach nearly 2 million views.

I am now considered as akey opinion leader, an influencer and pioneer in the field of e-health, I am also the founder and spokesperson of the National Council for e-Health as well as a lecturer and member of the Board of eHealth World in Monaco. I was also asked in 2016 to write the program on the future of medicine and the healthcare system for one of the candidates for the Presidency of the Republic. 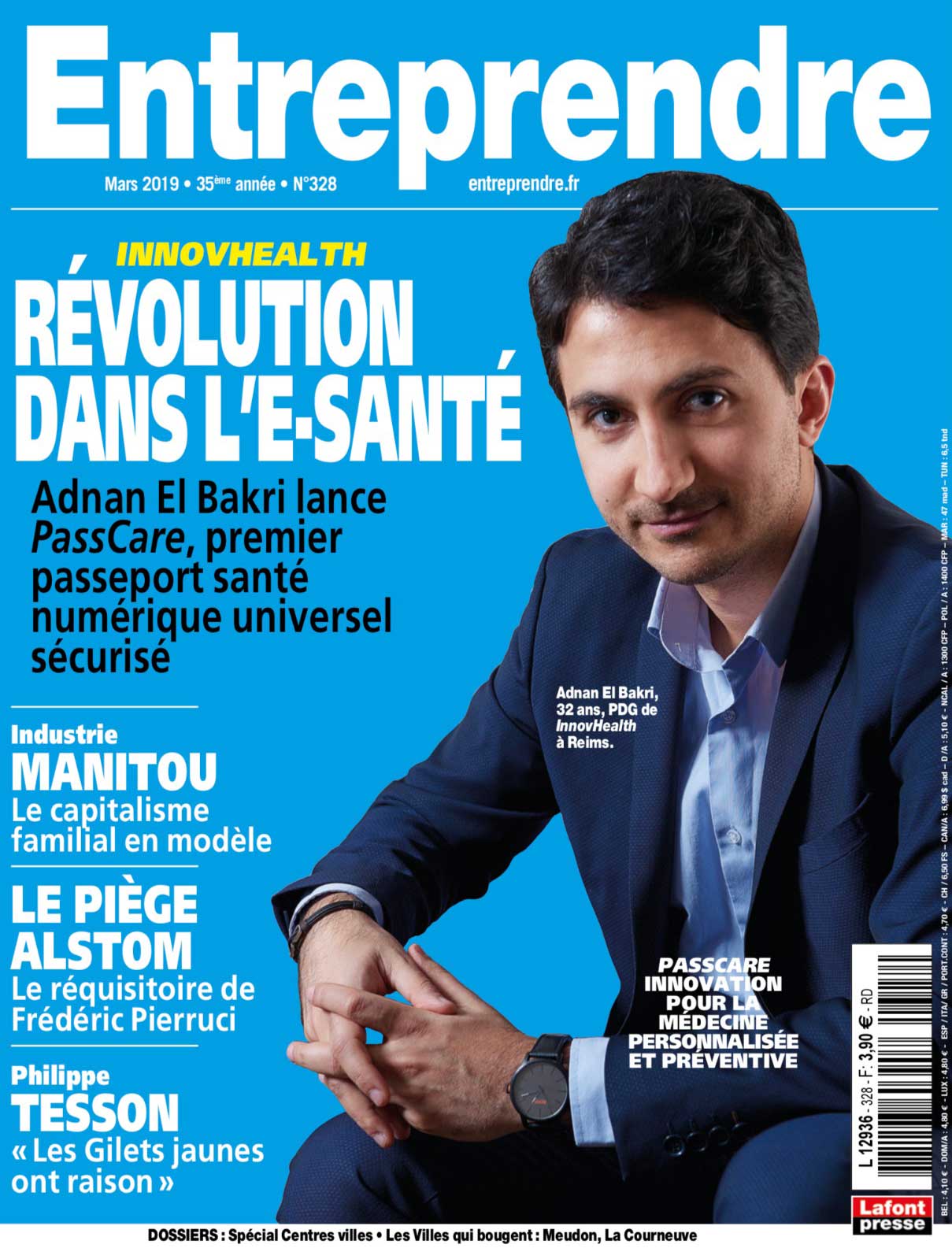 I quickly understood that the only way to provide concrete solutions was through entrepreneurship. So, I left the hospital and gave up a good salary and status after understanding and seeing how the system worked, its flaws and limitations. I then founded the company InnovHealth, with all my 15 years savings (€30.000), of which I am currently the President, in order to develop and commercialize my invention which is a real Digital Health Passport called PassCare, it is an innovative and pioneering concept that empowers citizens to retrieve, access and share their health data instantly. It is a card connected to interoperable, secure, universal-use software, using artificial intelligenceand a private blockchain-like protocol (end-to-end encryption / anonymisation / time-stamping), among other technologies, and which allows data to come out of their silos, to structure them and make them useful and exploitable through collaborative, reliable and intelligent algorithms. Our technology has been multi-awarded (EY, CNOM, Engie, Google, Graines de Boss, M6, Ministry of Economy...) including several selections at the CES in Las Vegas example: Here. Today I have a great team around me.

By re-adapting the two-sided market described by Nobel Prize winner Jean Tirole, I propose via PassCare, a healthy economic and technological model that I have called "modified two-sided market", which advocates Business to People (BtoBtoC with double entry), based on strong social and ethical values (HtoH = Human to Human / Tech For Good).

Finally, I was naturalized French on merit by the President of the Republic and then I was awarded the Medal of the Universal League for Public Good, a member of the United Nations, as well as a decoration from the Republican Guard.

" France welcomed me and gave me a chance and from nothing I created the means. My company is valued today at 30 million dollars, I am proud of what I have done and above all of the French nationality I acquired by merit and thanks to the value of work alone. "

I want to leave a mark in this world and I would like to be able to spread this message to also tell young people to dare to succeed, to persevere, it is often the last key in the keychain that opens the door. I have never listened to the many people who have tried to diminish my ambitions and who have tried to persuade me that I am not going to succeed, I have proved the opposite, so we must remain positive, humble and have self-confidence, especially when we have in our hands a technological treasure and a powerful economic model such as ours.

Things haven't always been easy for me but I've always remained optimistic and persevering, ever since I left my parents, who were mourning my departure at the time because I was the eldest and the boy they were counting on, of course I didn't disappoint them and I did everything I could to help them, but today I need people who believe in me, in my team, and who help us with many more means so that we can go far in what I want to put in place. We'll get there in any case, I know, the real questions are when, how, with whom and how fast...

In view of the current pandemic crisis, among others, the opportunity to disseminate our health passport PassCare worldwide is real, we must seize it now, our technology takes on its full meaning and strength in the face of the complexity of medical and paramedical information management in public health, in order to reach out to citizens and establish digital and intelligent communication between them and their health professionals, hence my search for solid partners who will enable us to change dimension and move to this international scale very quickly.

In short, my life so far has been a succession of small enterprises, I have seized every opportunity and when there were none I made sure to create some, I have gone through many obstacles, I am therefore ready with my team to bring my current adventure to its conclusion, i.e. to a worldwide success (objective of 1 billion dollars value to become the reference platform in digital health within4 years before a possible acquisition of the company or IPO), and this with the contribution of brilliant and experienced people! 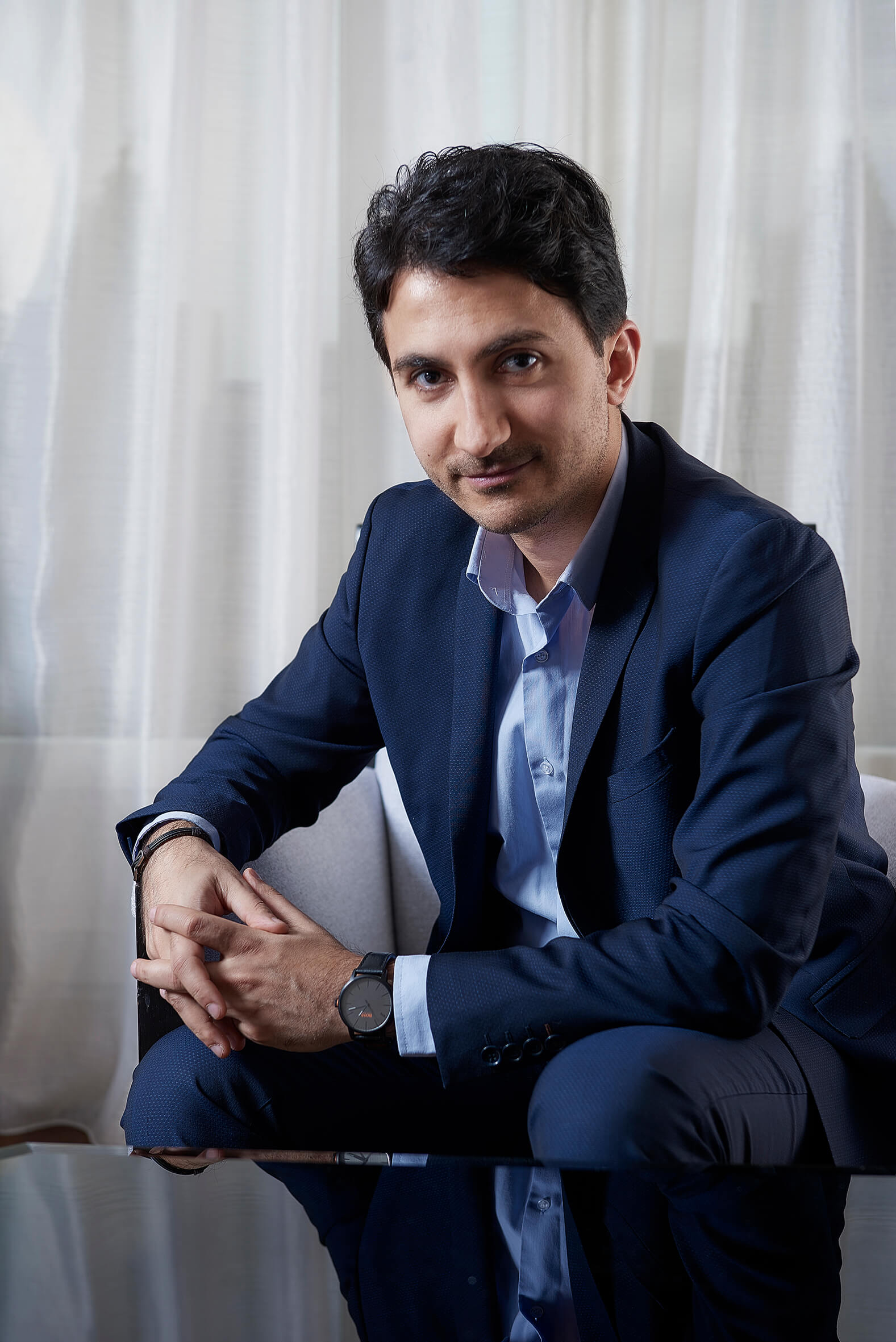 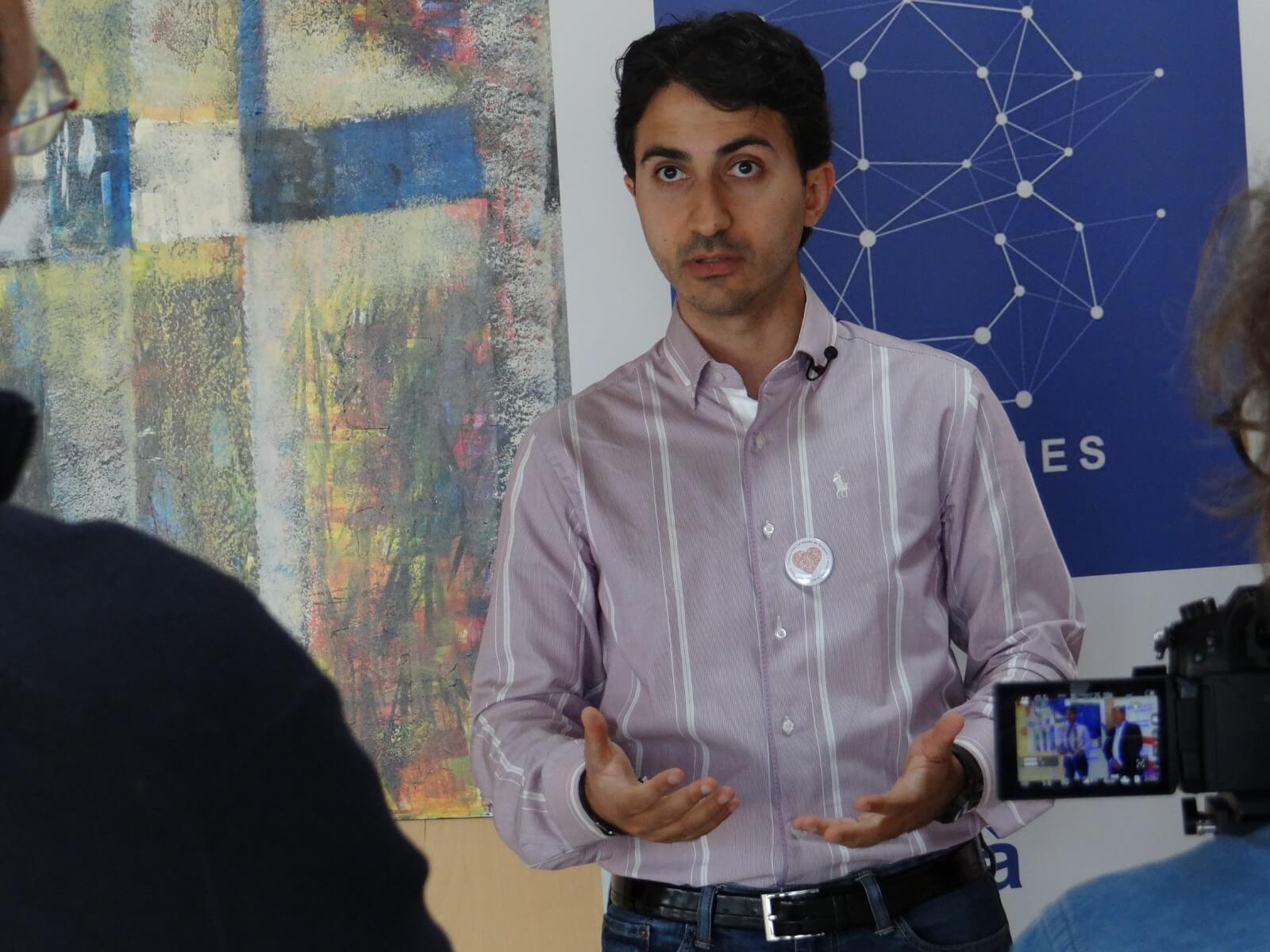 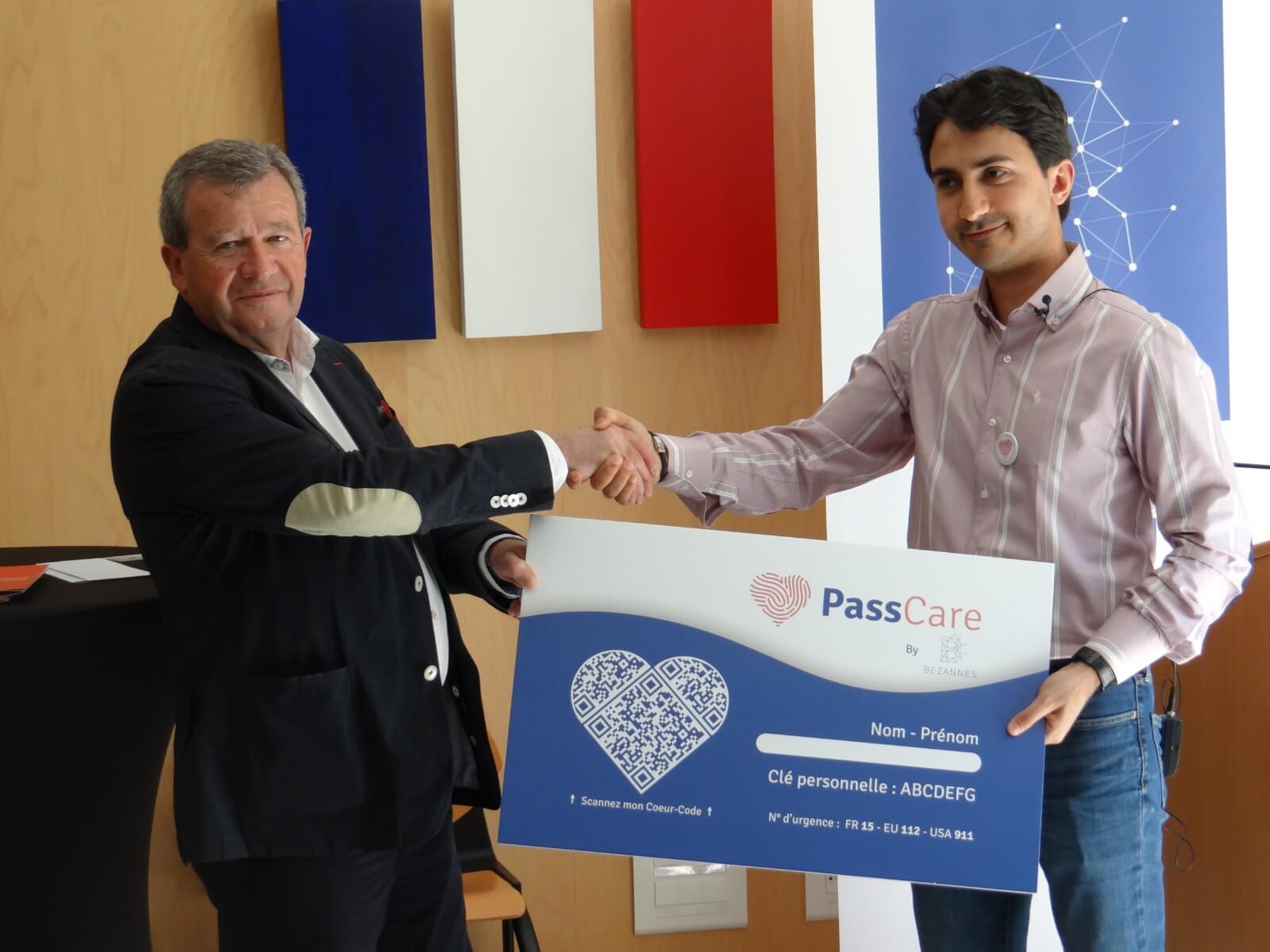 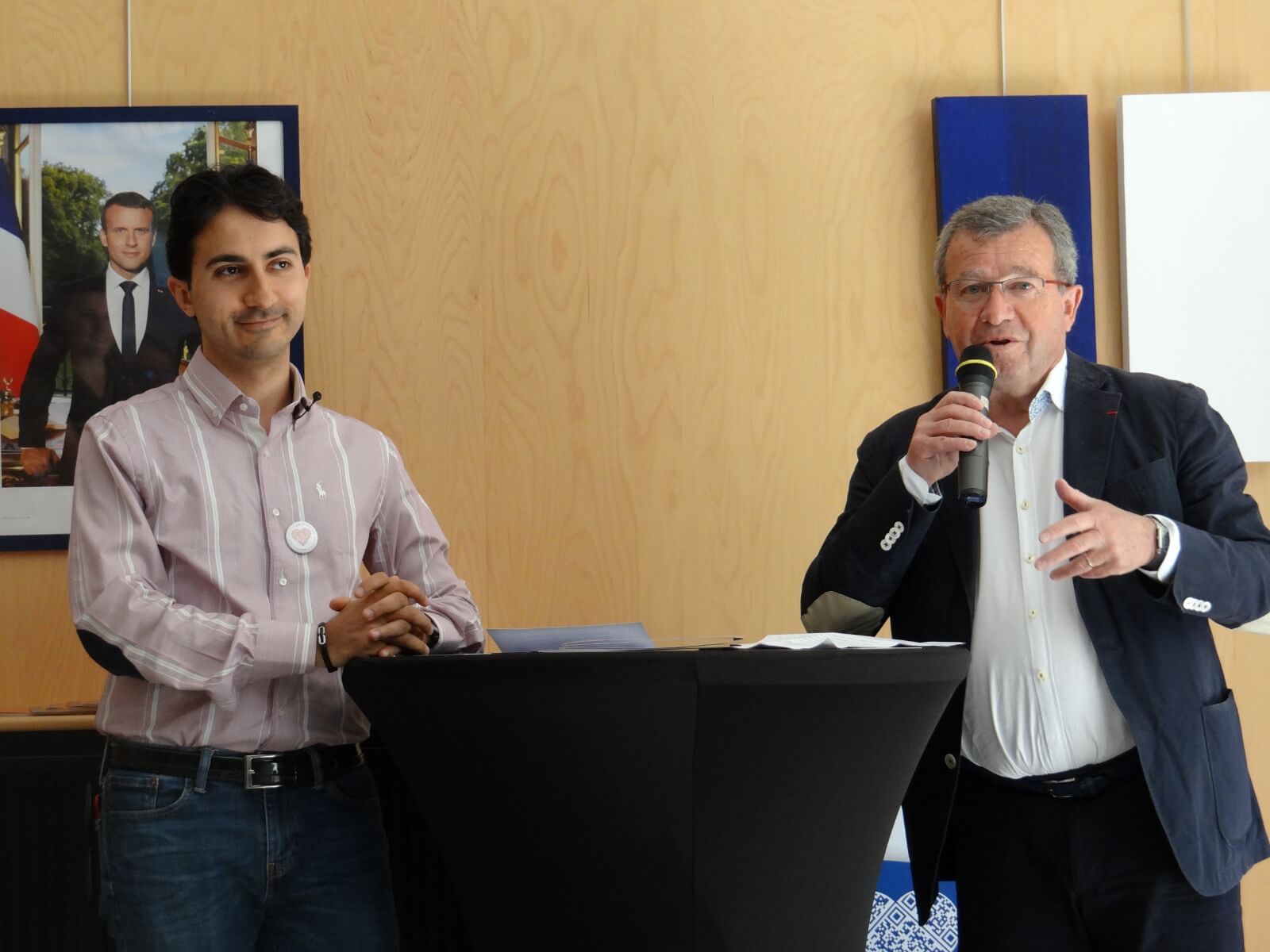 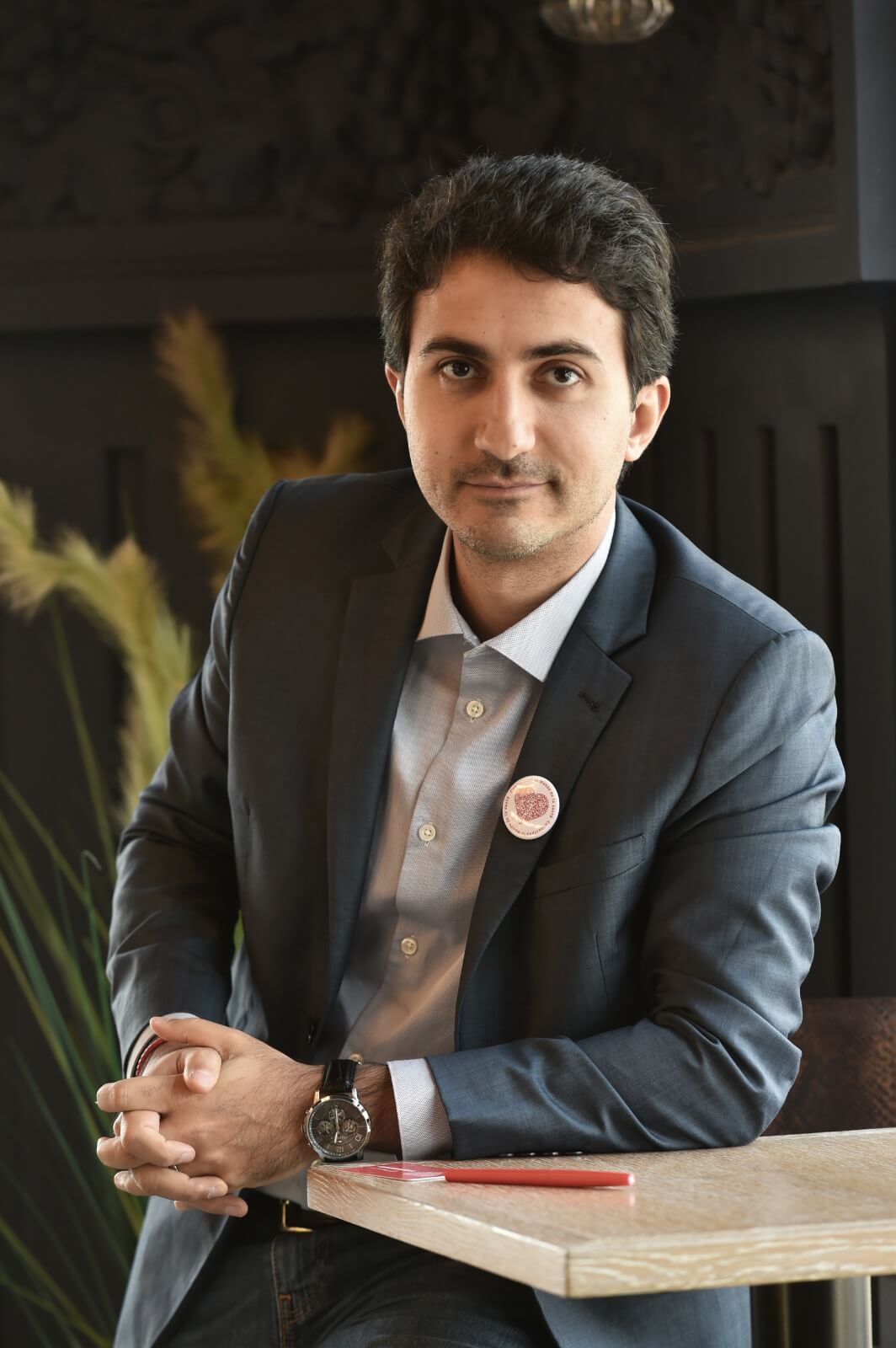 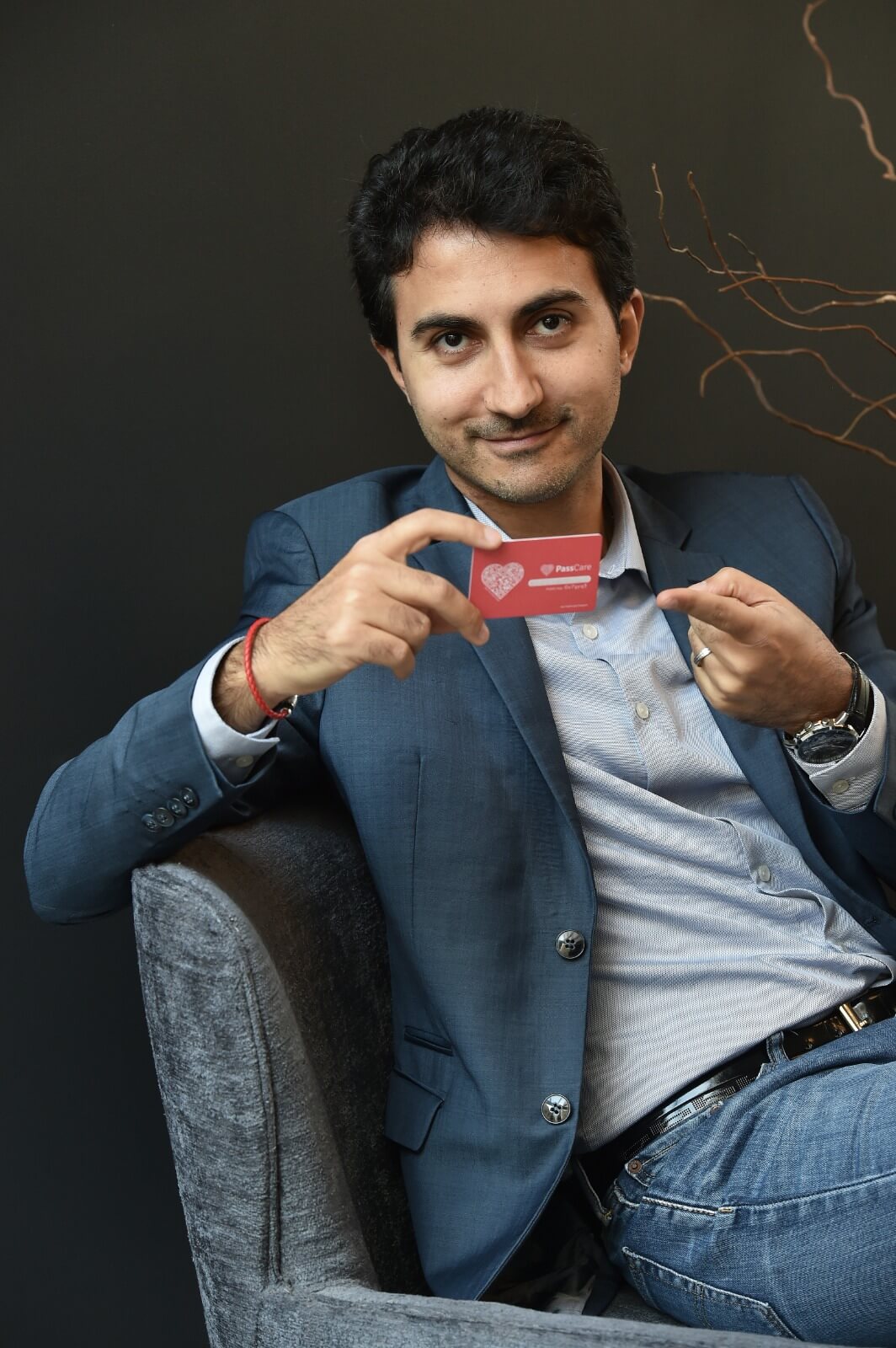 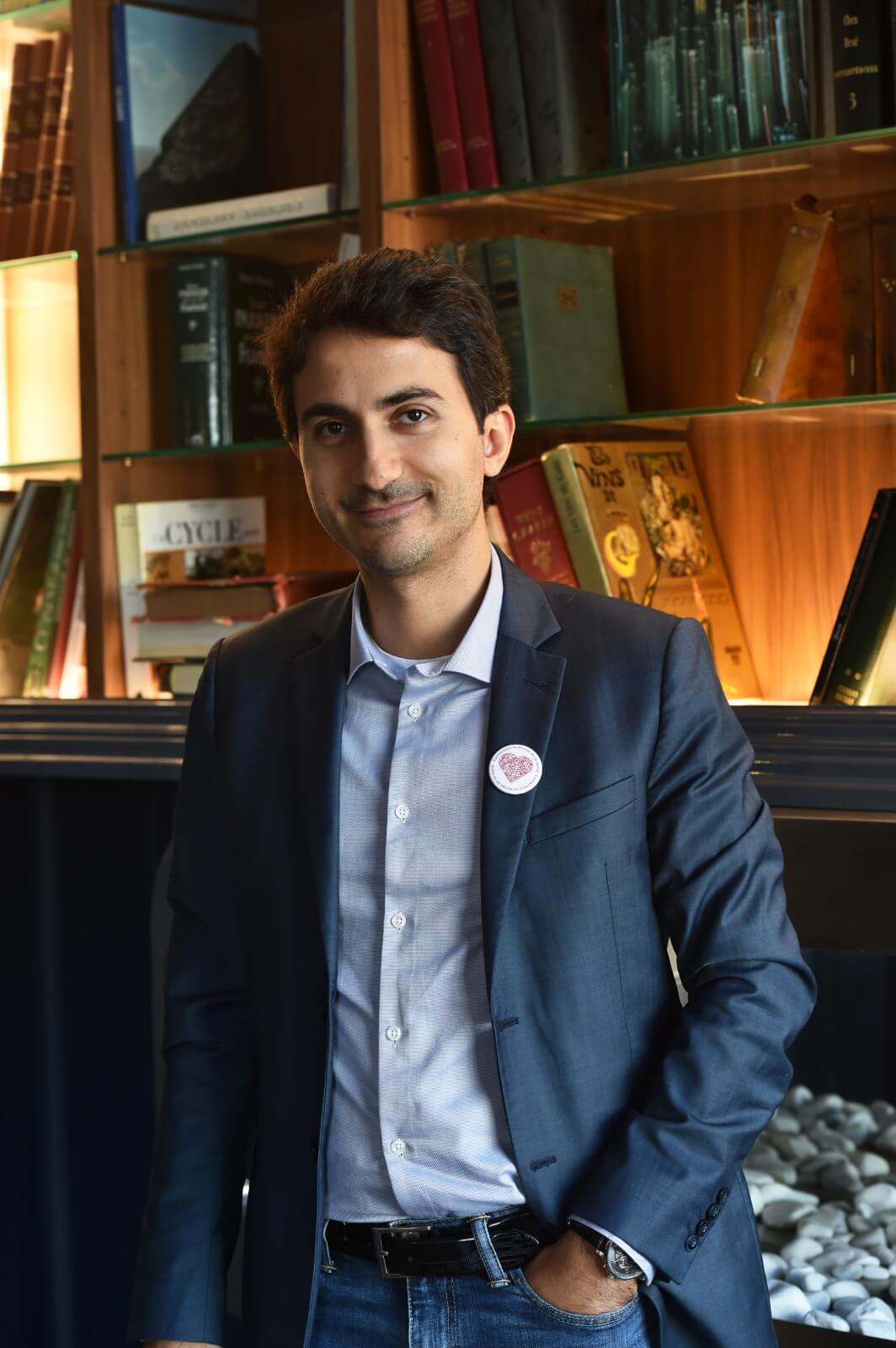 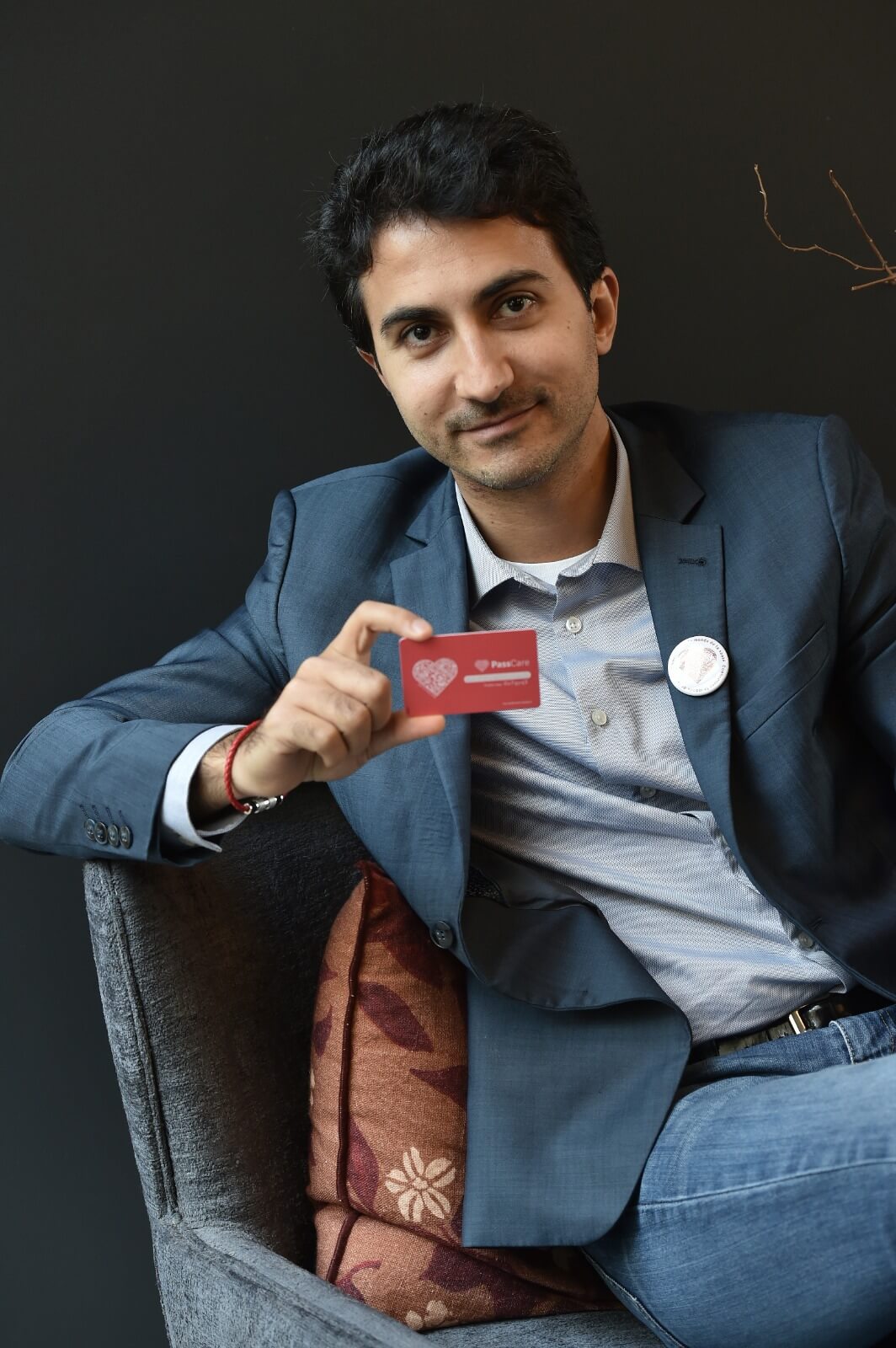 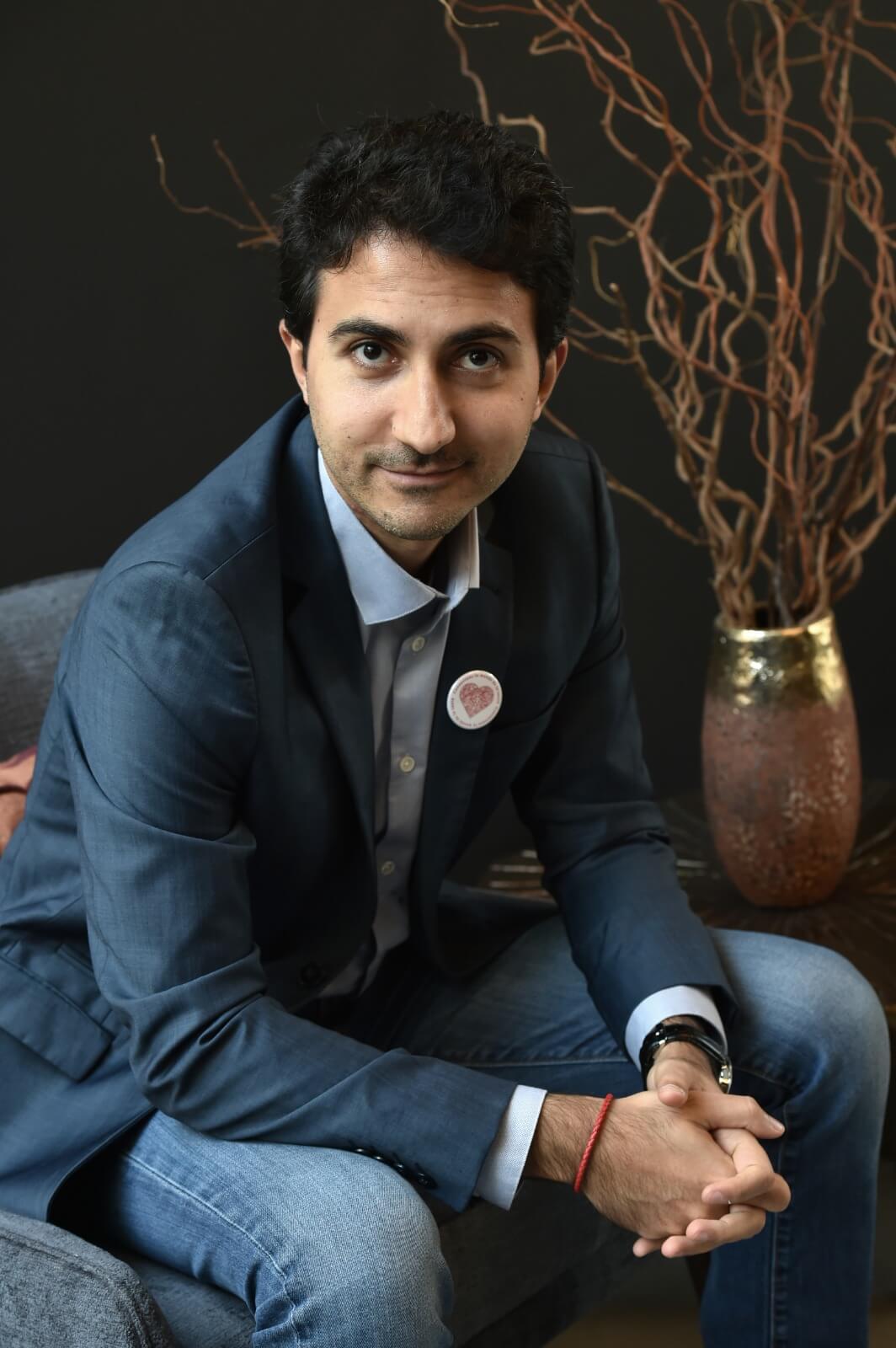 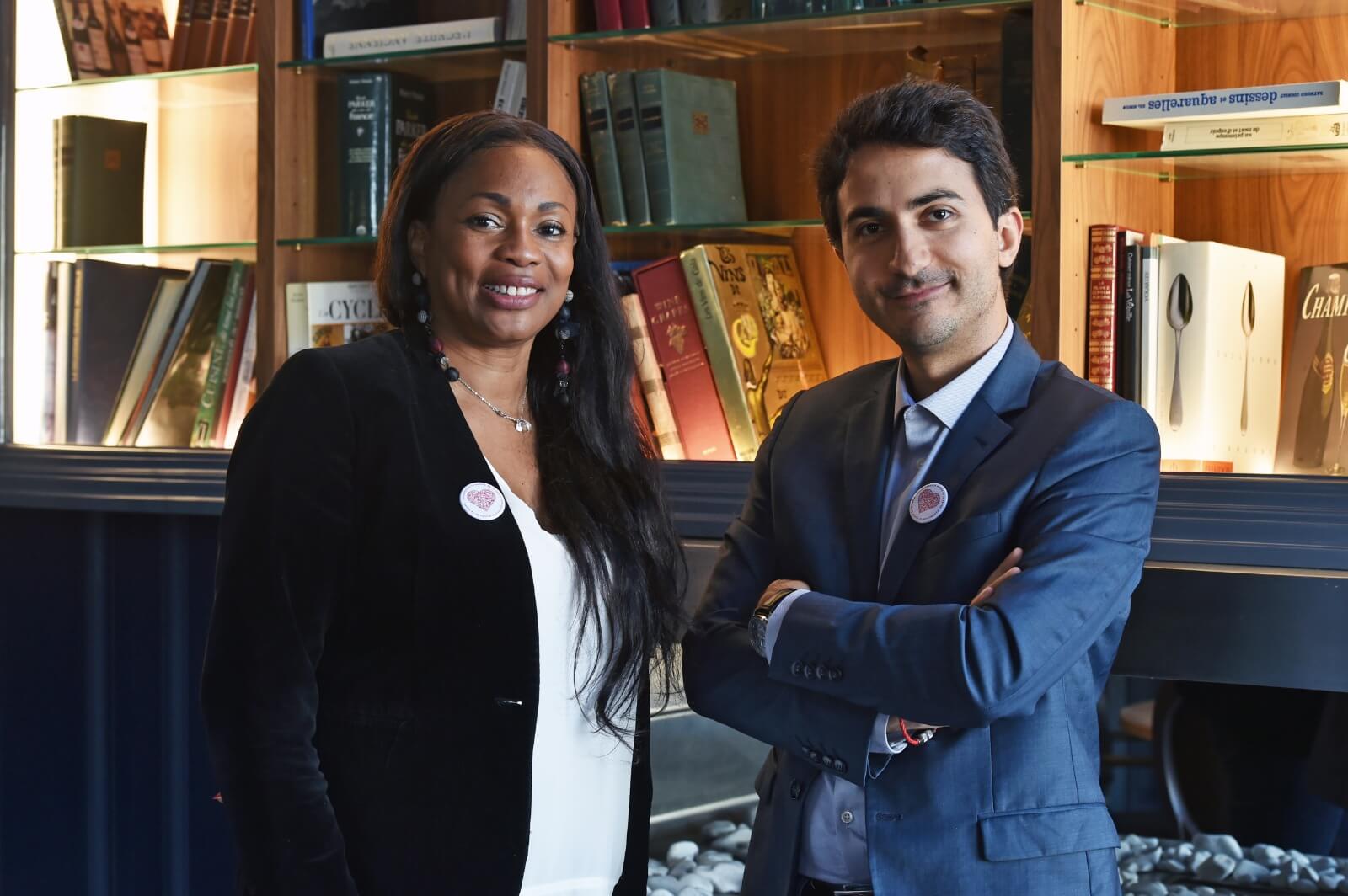 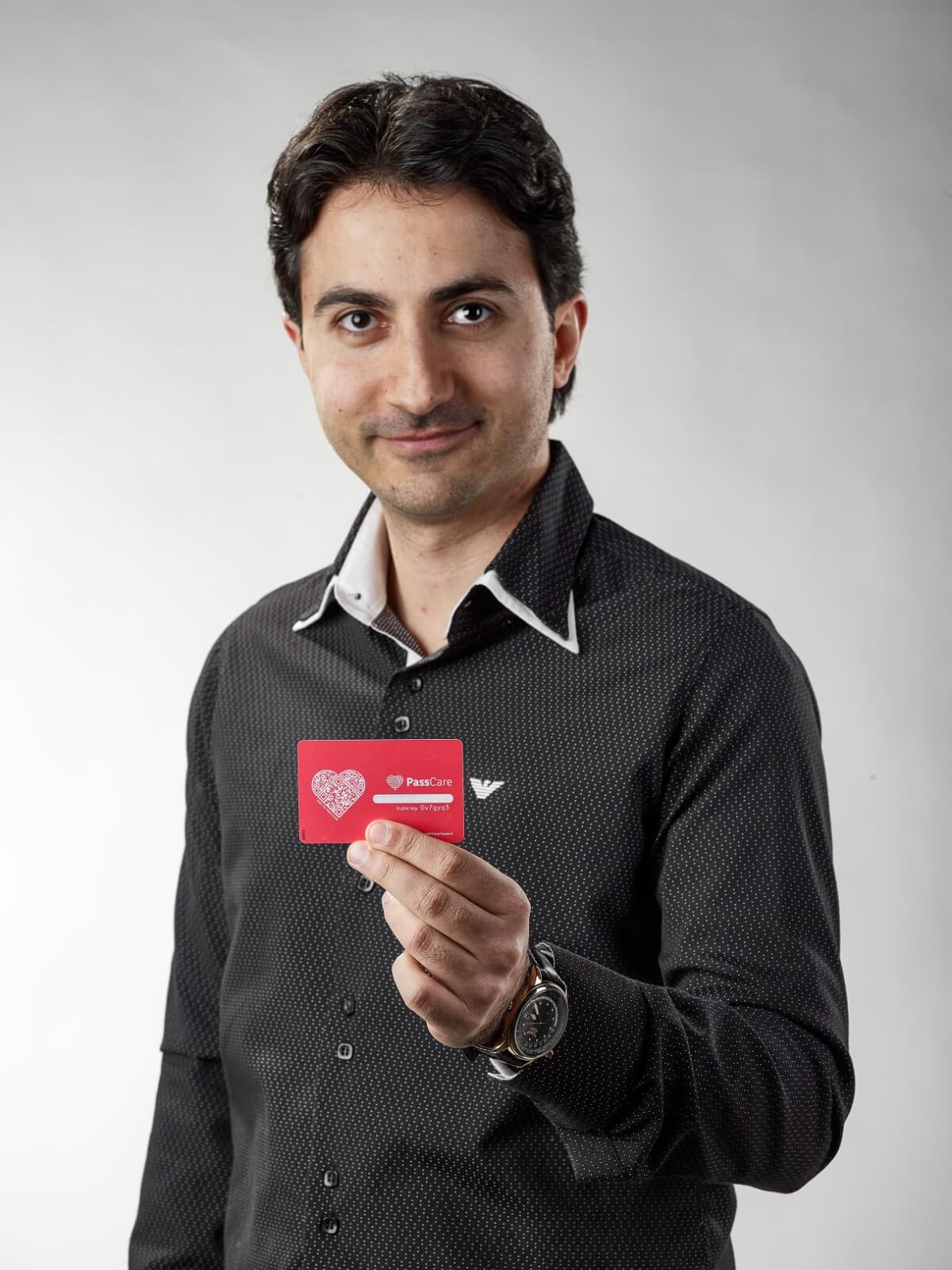 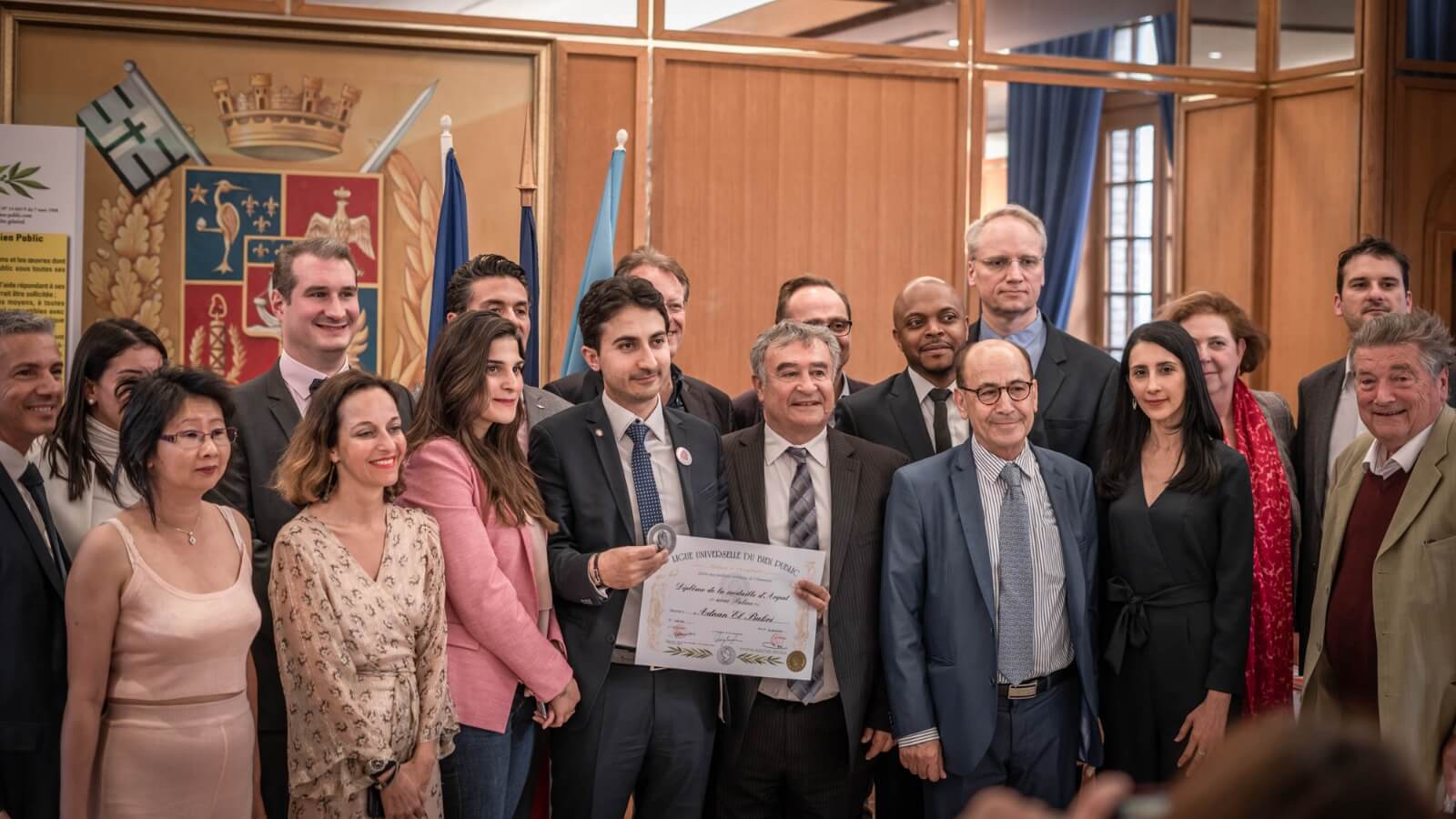